Millionaire's row in the English countryside 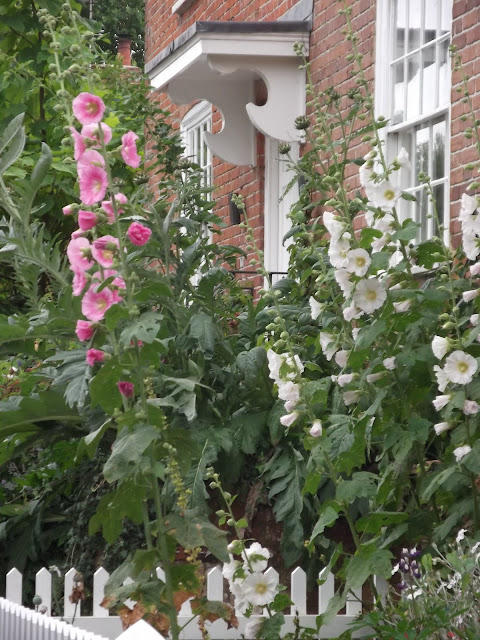 I used to teach French conversation lessons to the butler of a very rich family in the next village.
It's a pretty little village as well, but quite different .
" Millionaire's row. " said my neighbour who lives across the road with a frown.

That is sort of true and also not true.
I would drive down this little village road lined with flowers to see the butler for his lessons. 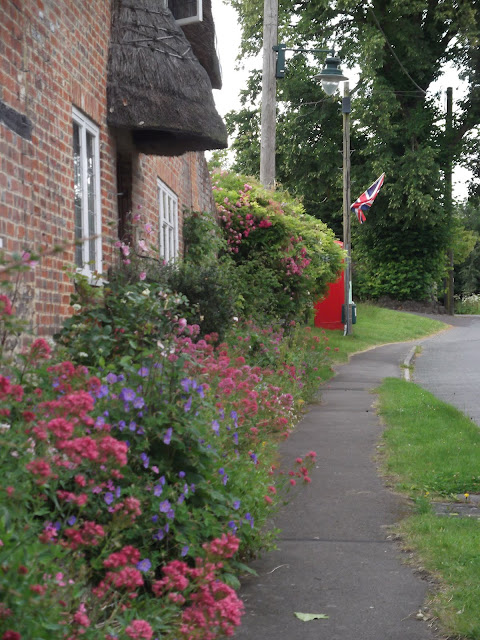 So far, so rural.
Then you drove past couple of gaffes like this one ( and admittedly they don't have them in this size in my village). 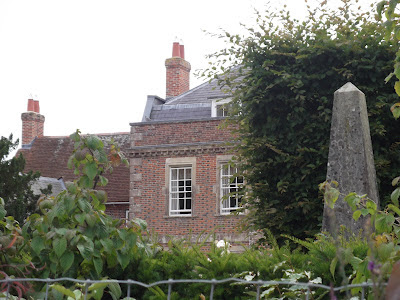 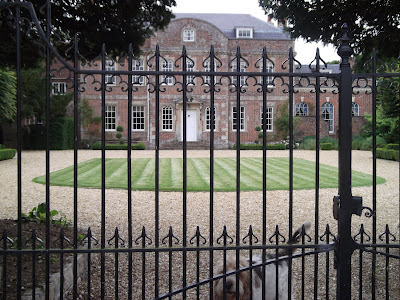 Who-ah. .There's always a dog or even two- cute but very barky.
This house is more of a French style place than a really English one.
There's a nice bit of formal gardens at the front which will keep a couple of gardeners pretty busy  say practically all year round , with the clipping and mulching and keeping everything tidy.

That cast iron Victorian garden bench has always been on my list should I ever have a big landscaped garden.
Of course they have two here as the design is symmetrical. 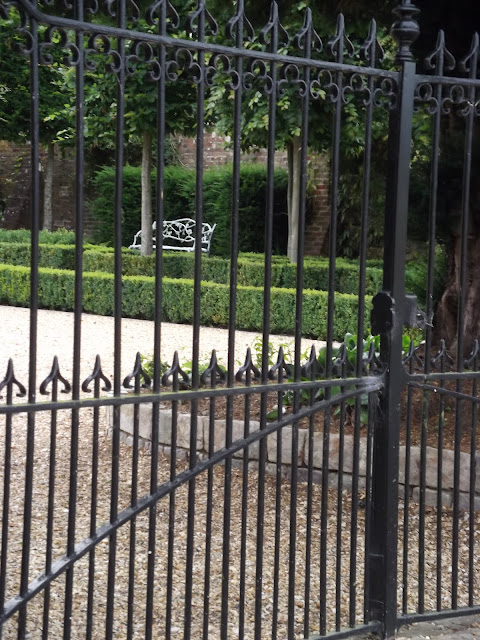 Just a little peek around the corner shows a lovely conservatory -I love the box topiary with the three balls. 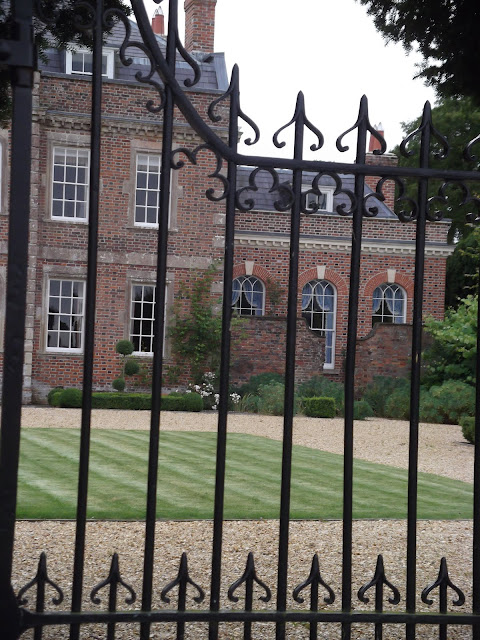 You have to imagine the dog barking all the time by the way- just to keep you on your toes. 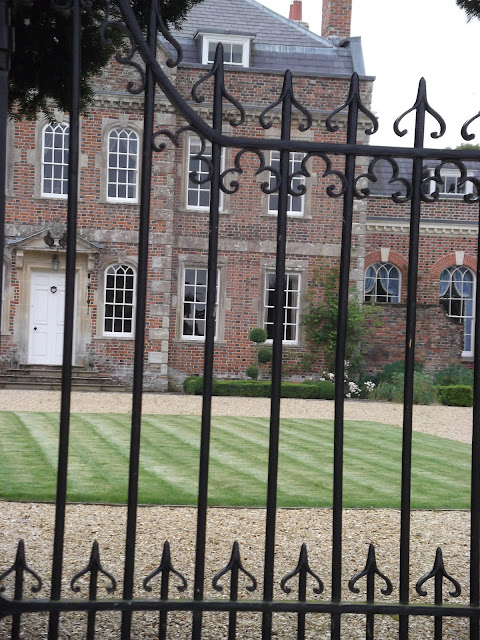 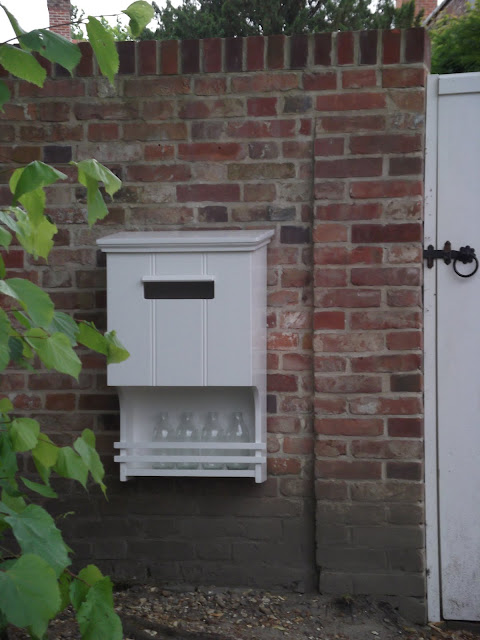 Once you've pootled past this place, you come across another one- maybe a tad smaller. 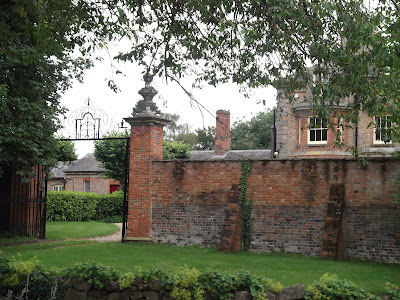 And then a few more.And then the one where the butler served, but that one was a bit hidden away. 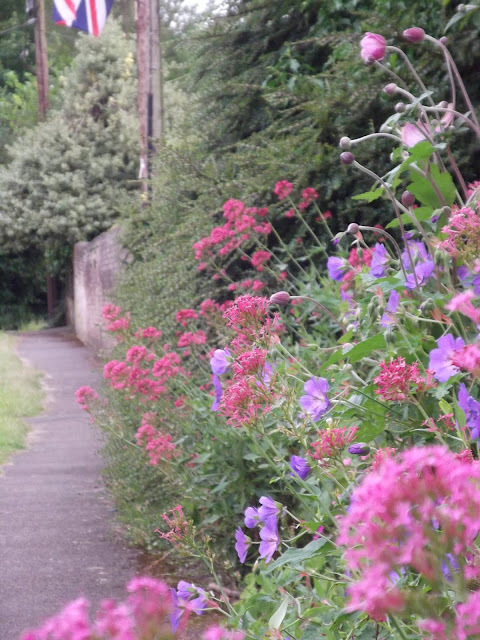 That was more a sort of cottage-ey affair with lovely gardens and tons of greenhouses just so they could have their own cut flowers.In the summer full of sweet peas, and in the autumn full of dahlia's , that sort of thing.

It was their weekend place .These people usually have a few houses.So I suppose you do need a couple of million to keep it all going.

But there are plenty of non-millionaires in this millionaire's row . 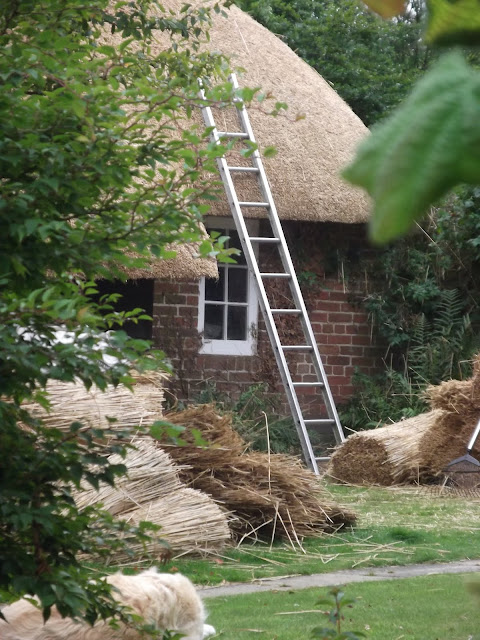 They were working very hard around the village hall, watering all the flowers when I walked the dogs there tonight. 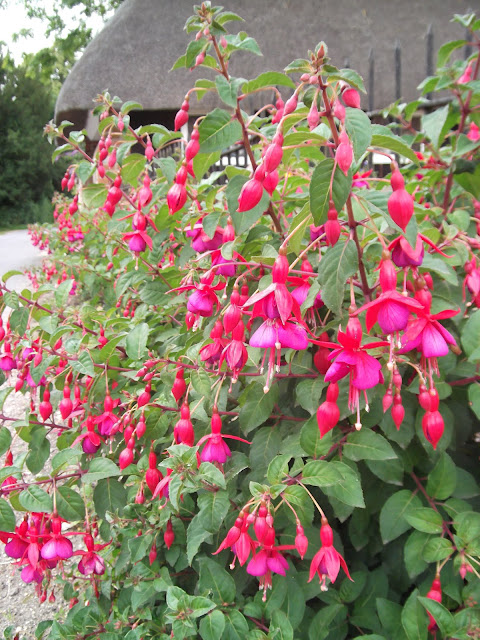 They were washing and cleaning their cars.. 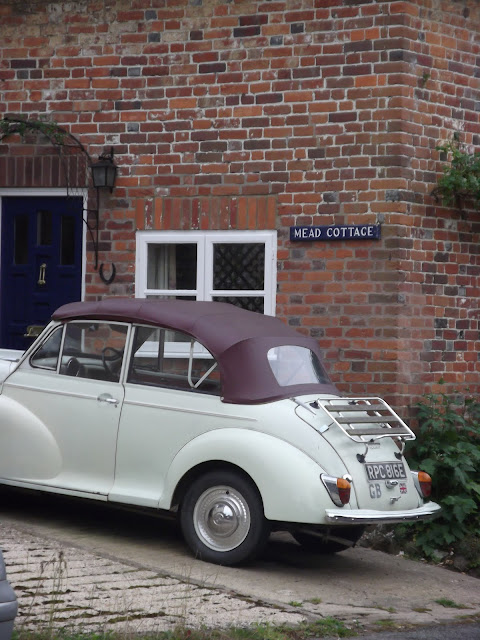 ..and cycling through their cute little street.. 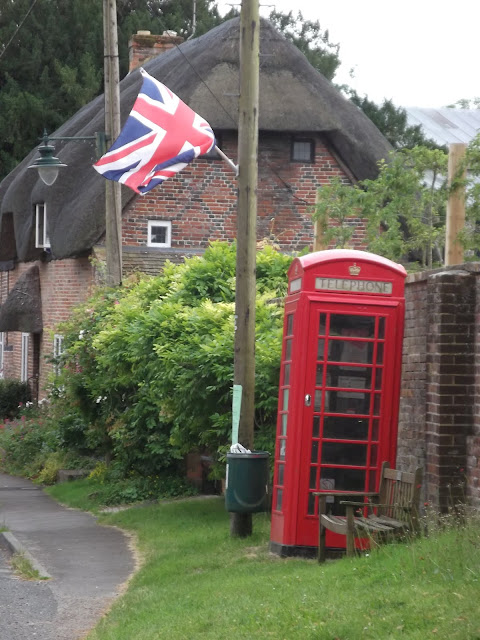 and tending their cute gardens.. 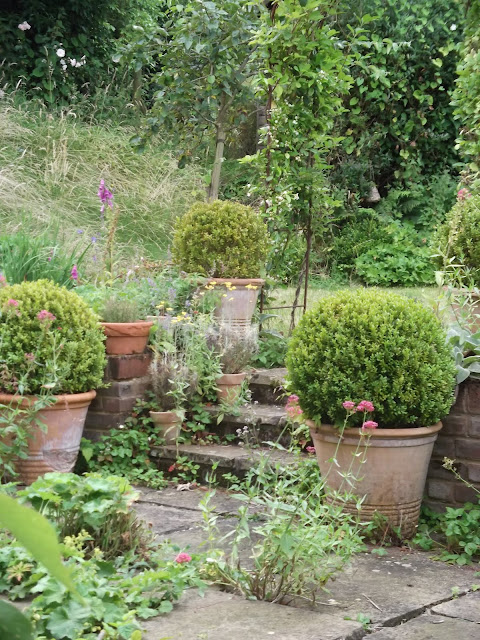 And growing perfect blooms .Never had a phlox like this in my life! 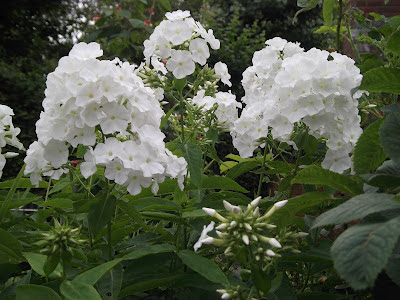 And watching tv being their cute little fences. 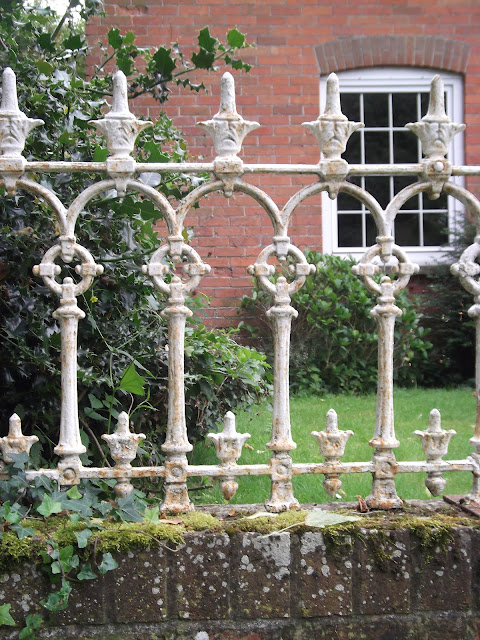 So most of these people really aren't millionaires.
One thing I learned from the butler who learned some French conversation from me which he probably  can't even remember now.

Never work for someone who is stinking rich when you can't stand it that someone is richer than you.

The butler and his wife, the house keeper, were very kind people and fed me and looked after me often when I was really struggling fiancially , but they were so very bitter that they were surrounded by wealth but weren't rich themselves.
It did not seem fair to them.But life isn't fair.

And what about the real millionaires who have these big places in this cute village ?

Well.They may be more richer but very often are more miserable. Money can't help you if your husband dies, or if you don't get on with your daughter, or if you are depressed about your life.

And people dislike you because you are rich and they are not. 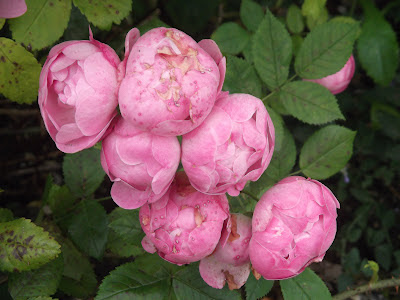 
Have a great evening everyone!!

Posted by Modern Country Lady at 23:38

What an absolutely charming and well written post. :) I'll be sharing a link on my FB page tomorrow morning. Thanks.

Those photos are sublime.

Bea-What a great post. I love seeing that village through your eyes. It is hard to judge someone with money...you never really see the real person in most cases because they have their guard up to deflect those that they perceive to be "beneath them". Bless you- you are a very good, non-judgmental soul- xo Diana

This is all so relative... They cannot extend their happiness, nor health, nor life with even a billion. And that is good, at least some justice for all. Anyway, you managed to take some wonderful photos on your way over. Love the fuchsias, they were a favorite of mine but I had to give them up here. People want sunshine but for two months in the year, July and August, we barely can keep things alive... So there's always two sides to the coin.
Let's just be CONTENT!
Sending you hugs and love,
Mariette

Hello Bea. I have loved seeing the village posts as they are so very English and beautiful. Very different places to the quaint villages of Cornwall. Keep them coming xx

LOVE this post. Thank you~
My husband and I live in an 18thc. cottage in New England, USA with mostly 17thc. English furnishings. My husband has been to UK once, and we both dream of going together someday...We are historical reenactors too, and feel as if we belong in a tiny, very old English cottage somehwere there...
Well done, you!
Mary
http://anhistoricallady.blogspot.com
and
www.thecountryladyantiques.com